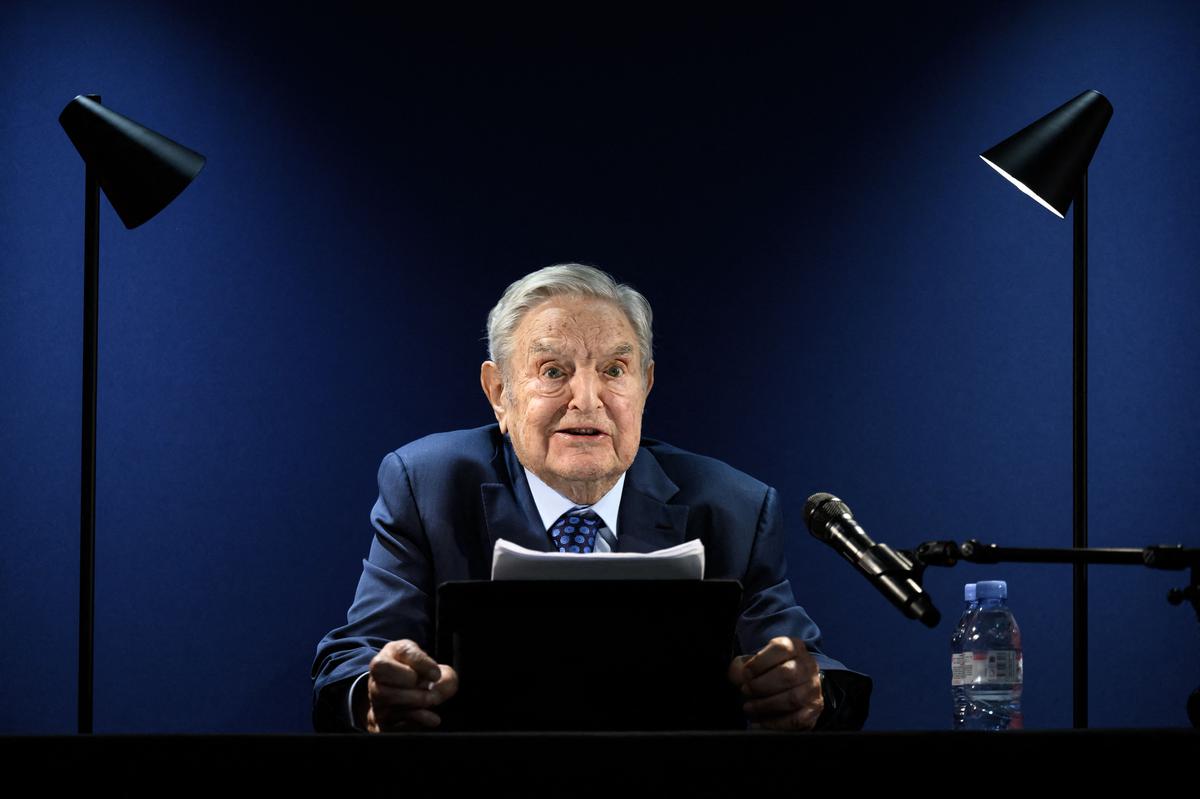 Billionaire investor George Soros has warned that Russia’s invasion of Ukraine may be the beginning of the third world war and that the civilisation may not survive this war.

He also said that China’s President Xi Jinping and Russia’s Vladimir Putin are tied together in an alliance that has no limits.

In his annual speech in Davos on Tuesday, Mr. Soros said the world must mobilise all resources to bring the war to an early end and the best and perhaps only way to preserve the civilisation is to defeat Mr. Putin as soon as possible.

“The invasion may have been the beginning of the third world war and our civilisation may not survive it,” he said.

He also said that the invasion of Ukraine didn’t come out of the blue and Mr. Putin had informed Mr. Xi about it well in advance.

Mr. Soros noted that Mr. Putin and Mr. Xi met on February 4 at the opening ceremony of the Beijing Winter Olympics and issued a long statement announcing that the cooperation between them has “no limits”.

Mr. Putin informed Mr. Xi of a “special military operation” in Ukraine, but it is unclear whether he told Mr. Xi that he had a full-scale attack on Ukraine in mind, Mr. Soros said.

“U.S. and U.K. military experts certainly told their Chinese counterparts what was in store. Mr. Xi approved, but asked Mr. Putin to wait until the conclusion of the Winter Olympics,” he said.

“For his part, Mr. Xi resolved to hold the Olympics in spite of the Omicron variant that was just beginning to spread in China. The organisers went to great lengths to create an airtight bubble for the competitors and the Olympics concluded without a hitch,” he said.

Mr. Xi harbours a guilty secret. He never told the Chinese people that they had been inoculated with a vaccine that was designed for the original Wuhan variant and offers very little protection against new variants, Mr. Soros claimed.

He expected his army to be welcomed by the Russian speaking population of Ukraine as liberators. His soldiers carried with them their dress uniforms for a victory parade but that is not what happened, he added.

He said Mr. Putin and Mr. Xi also have a lot in common, they rule by intimidation, and as a consequence, they make mind-boggling mistakes.

“Mr. Putin expected to be welcomed in Ukraine as a liberator; Mr. Xi Jinping is sticking to a Zero COVID policy that can’t possibly be sustained,” he added.

While Mr. Putin seems to have recognised that he made a terrible mistake when he invaded Ukraine and he is now preparing the ground for negotiating a cease fire, the ceasefire is unattainable because he cannot be trusted, Mr. Soros claimed.

Further, Mr. Soros said that Mr. Putin would have to start peace negotiations which he will never do because it would be equivalent to resigning.

“China ought to be the senior partner in the alliance with Russia but Mr. Xi Jinping’s lack of assertiveness allowed Mr. Putin to usurp that position. But Mr. Xi’s worst mistake was to double down on his zero COVID policy,” he said.

“Contrary to general expectations, Mr. Xi Jinping may not get his coveted third term because of the mistakes he has made. But even if he does, the Politburo may not give him a free hand to select the members of the next Politburo. That would greatly reduce his power and influence and make it less likely that he will become ruler for life,” he added.